The Danish Modern Chair Rescue Project is finished! For those of you new to the blog, a couple of weeks ago I scored a chair in need of some serious lovin’ for $5 at a garage sale. Then, I happily re-finished the wood. Follow me now, as I take you through a quick re-upholstering lesson.

Once again, here is the Danish Modern beauty in its rough original condition:

Before we move on, I’d like to stress to you just how uncomfortable I was with this project. I knew at some point, I’d have to walk into the dreaded Joann’s craft store. It’s like walking into BabiesRUs when you’ve never had a kid before; intimidating, and overwhelming.  Why are there 20 different bottle nipples? No one knows. Similarly, Joann’s Fabrics makes me just as uncomfortable.  Smug and talented homemakers standing around with their bolts of fabric and perusing craft books. There is an entire 2-sided aisle devoted to scissors. Here’s a little known fact: I’m not crafty. I never took Home Economics in school. I was much too busy playing volleyball and putting the smack down on my competitors to worry about girlie crap like sowing. Now that I’m a bit older, I wish I would have taken “HomeEc” and learned a few “girlie” things.

After seeing some of the really cool fabrics Joann’s had, I began to consider becoming a convert. How cool would it be to be able to make your own stuff….in the fabric/pattern/style of your choosing? Incredibly cool and empowering. I might just take a class in the near future. If you can’t beat ’em, join ’em!

Anyway…I knew what I was looking for after watching a YouTube video tutorial. I got in and out of there as quickly as possible. Here’s what I bought:

Okay…now that we have supplies…let’s get to the business. 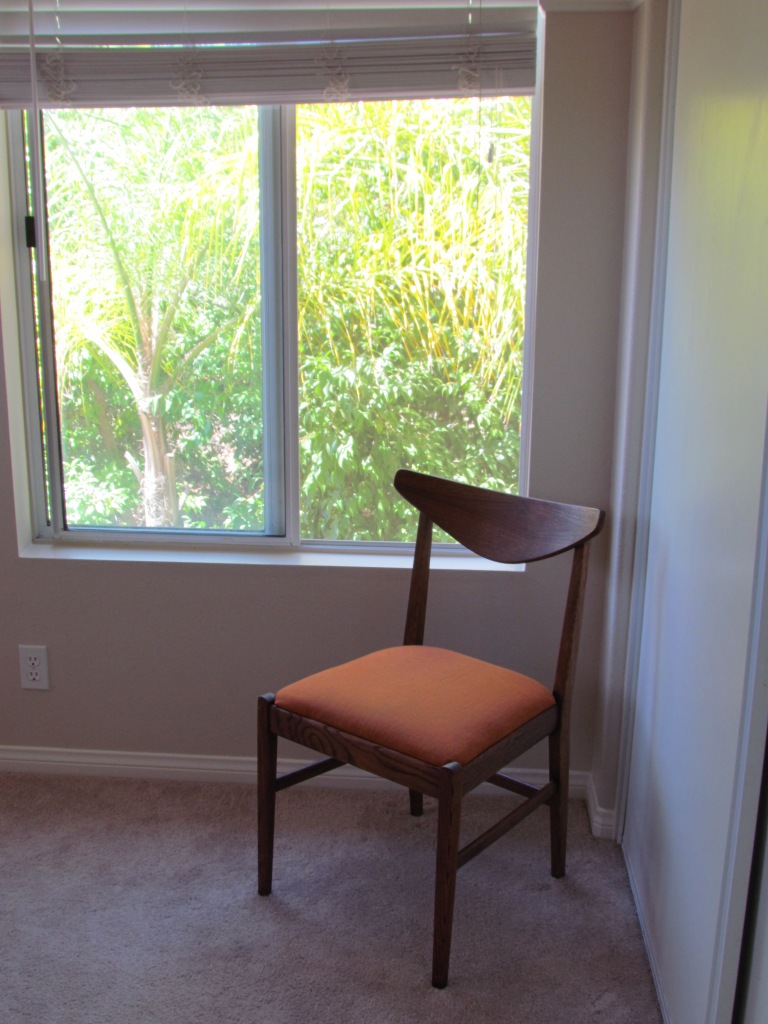 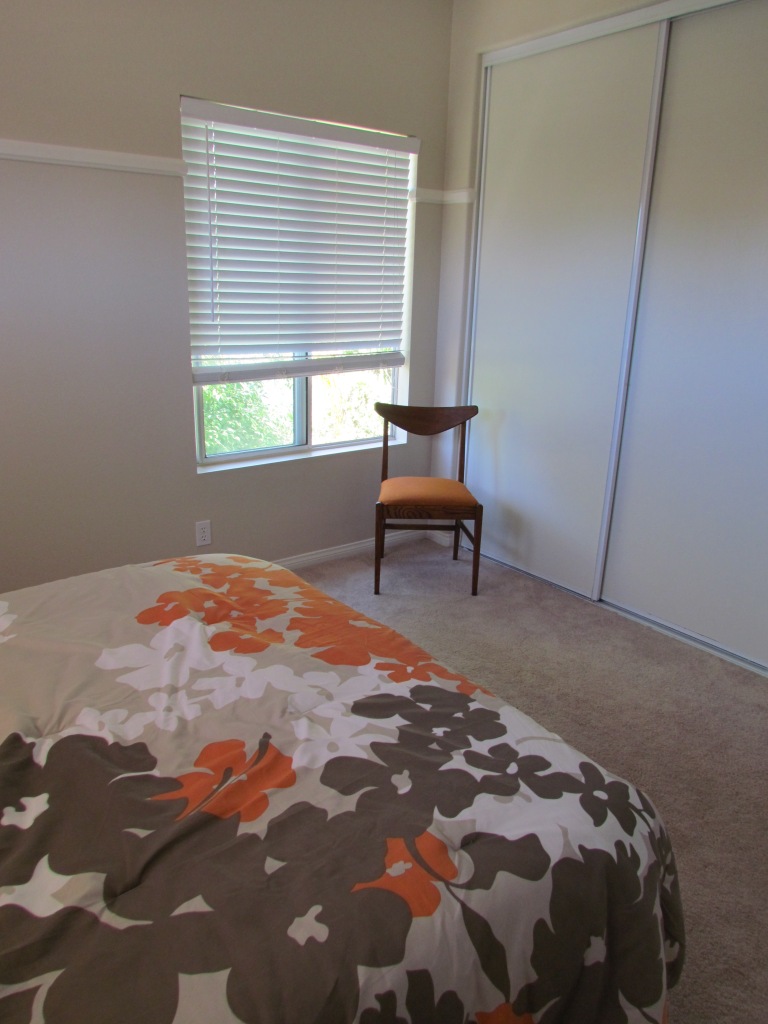 Now that I’m done, this sweet little chair has been moved up to the guest room as an accent…and place for people to take their shoes off, or drape their clothes! What’s more, I was able to rescue a little piece of history and give it new life. Hooray! I have finally discovered the art of the re-cover, and I can’t wait for an opportunity to do it again!